I am very happy to say that I have been writing for Posability magazine on the topic of having your first romantic holiday together.

Here is the link, i hope you find it interesting.  I write regularly about disability issues for various magazines and online sites.

Tips to enjoy your first holiday together

We seem to have more and more members joining the site who are on the autistic spectrum.  This is great since, by definition, these are the very members of the disabled community who need help in navigating the tricky dating footpath.  So I was very excited when the leading autism resource ambitiousaboutautism  to contribute an article about dating and autism.   I would encourage you to read it and share it with your friends and anyone who you feel might benefit from my comments. 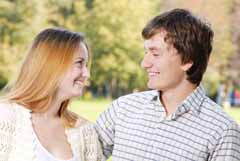 I write for a quite a few of the main disability sites and if you check out the latest print version of Posability magazine you will find a piece from me on disabled holidays.  The article will appear in online format very soon.  I will then tweet it out and mention it her on the blog.  I am just editing our next podcast which has same great stuff on it and I will be writing to you when it is ready to download. 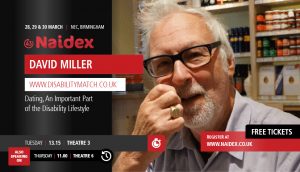 I have just finished putting together my talk for the NAIDEX show.  I am giving 2 seminars at the show, one on Tuesday and the second on Thursday.  I never knew so much work went into doing a powerpoint show – its the first time I’ve used presentation systems.  In the past I always spoke with a flip chart but n ow its gone all high tech and I am using a laptop and a wireless pointer.

I found a friend who was pretty good at preparing thee sorts of slide show and I gave her my script and she worked it into something that looks really good.  I hope you will come along and enjoy it yourselves at the show.  I will be explaining how members of an online disabled dating site can get the best out of their membership and how to create a profile that gets results.  I expect most of the seminar will be dedicated to Q&A and I will also be available after the presentation to give personal guidance and advice to any visitors.

This is a great opportunity to put a ‘Zing’ in your dating skills so don’t miss my talks.

It has been a long time coming BUT it looks as if scientists have finally come up with a  drug that alters the immune system which has been described as “big news” and a “landmark” in treating multiple sclerosis, doctors and charities say.  If this is the case then Disabilitymatch enthusiastically welcomes this news and hopes that it will be quickly available for our members and the wider disabled community at the earliest possible date. 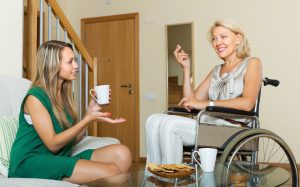 Trials, published in the New England Journal of Medicine, suggest the drug can slow damage to the brain in two forms of MS.

Ocrelizumab is the first drug shown to work in the primary progressive form of the disease.

The drug is being reviewed for use in the US and Europe.

MS is caused by a rogue immune system mistaking part of the brain for a hostile invader and attacking it.

It destroys the protective coating that wraps round nerves called the myelin sheath.

The sheath also acts like wire insulation to help electrical signals travel down the nerve.

Damage to the sheath prevents nerves from working correctly and means messages struggle to get from the brain to the body.

This leads to symptoms like having difficulty walking, fatigue and blurred vision.

The disease can either just get worse, known as primary progressive MS, or come in waves of disease and recovery, known as relapsing remitting MS.

Both are incurable, although there are treatments for the second state.

Ocrelizumab kills a part of the immune system – called B cells – which are involved in the assault on the myelin sheath.

In 732 patients with progressive MS, the percentage of patients that had deteriorated fell from 39% without treatment to 33% with ocrelizumab .

Patients taking the drug also scored better on the time needed to walk 25 feet and had less brain loss detected on scans.

In 1,656 patients with relapsing remitting, the relapse rate with ocrelizumab was half that of using another drug.

Prof Gavin Giovannoni, from Barts and The London School of Medicine and Dentistry, was involved in the trials and said: “The results shown by these studies have the potential to change how we approach treating both relapsing and primary progressive MS.”

He told the BBC: “It’s very significant because this is the first time a phase three trial has been positive in primary progressive MS.”

More than 100,000 people are diagnosed with MS in the UK, around one-in-five are progressive.

Dr Aisling McMahon, the head of clinical trials at the MS Society, commented: “This is really big news for people with the primary progressive form of multiple sclerosis.

“It’s the first time a treatment has shown the potential to reduce disability progression for this type of MS, which offers a lot of hope for the future.”

The drug is being considered by the European Medicines Agency and the US Food and Drug Administration.

But Prof Giovannoni warned that patients in the UK may be disappointed as it may be hard for the NHS to fund everyone getting a drug that is likely to be expenseive.

He told the BBC: “I would expect a narrow group of people to be eligible.”

Dr Peter Calabresi, from Johns Hopkins University in Baltimore, added: “This is the first drug to show a significant effect in slowing disability progression in a phase three trial in primary progressive multiple sclerosis and therefore represents a landmark study in the field.”

But he warned doctors to “stay vigilant” because of the risk of side-effects.

Weakening the immune system increases the risk of infection and of cancer emerging.

This year finished for me on a high note after a period of ill health and a bit of surgery. I decided to go off to Majorca, Spain to recuperate and rest and whilst I was there I had the great pleasure of meeting up with our dear friend Martyn Sibley from disability horizons who was attending a Handisport conference to promote accessibility for the disabled.  When i saw Martyn he confided in me that he had been voted as the 3rd most influential disabled person in the UK.  This is an honour he truly deserves.  Nobody has done more for campaigning on accessible travel and normalising disability  in our country.

My next trip is to other side of Europe – up north in Finland where i have many friends and family.  Funnily enough a really cool video promoting a Finnish dating site  just passed across my desk and frankly it is so much better than the usual cheaply presented dating videos from Finland which is the poor man of dating promotions in Europe.

I enjoy looking at how other niche dating sites promote their offers and this offering from flirttideitti.fi is visually very nice indeed.  OK. that was a ‘shout out’ now back to disabilitymatch which has been adding new members at a rate of knots. I have also been delighted at just how well our podcast has been doing.  we have had hundreds of downloads for our episodes and, not just in the UK.  We have podcast subscribers in Canada and Australia and we get social media coverage for the podcast all around the world.

I do recommend that you follow me on twitter @disabilitymatch where I tweet every day about things that are happening in the world of disability and in the wider worls of medical innovations.  Finally we have rebuilt our store http://shop.disabilitymatch.co.uk and we are starting to get orders.  We will be giving 15% of our shop profits to disability charities so if you need to buy a wheelchair or a disabled bed or a commode and many other things do buy from us because we will donate profits to a good cause.

Exciting announcement!  We have just launched a disabilitymatch shop to supply our community with mobility goods and services at excellent prices.  The project is at an early stage but hopefully we will get support and the store will flourish.  We already have lots of items from mobility scooters to adapted beds and even small items for hearing aids.

We hope that you will check out our selection of items the next time you are buying mobility aids and see how our prices compare.  We ship through Amazon so you can be sure that your purchases will arrive swiftly and efficiently.